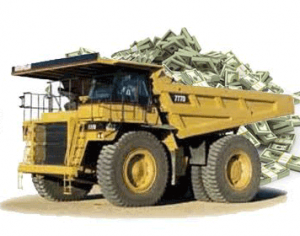 The average price to dispose municipal solid waste (MSW) has edged up to $50.60 per ton last month, up about 3.5% over the average price in 2016. The price continues to rise despite relatively flat to slightly declining landfill volumes. The rising price reflects pricing discipline among the major waste management firms and is reflective of ever more precious landfill capacity in a society that loathes and often protests their presence.

This is according to Waste Business Journal’s latest industry report, which includes data through May 2017. These statistics are gathered through direct survey of the landfills themselves.

The 0.7% decline in tonnage of landfilled MSW since last year is remarkable since the waste we generate as a society tends to increase with population growth. The primary cause is lower generation of waste paper, the largest component at 27% of the waste stream as digital media supplants printed material. Between 2000 and 2016, the volume of paper and paperboard Americans have sent to facilities has dropped 25%, even more so for landfills as recycling diverts ever more paper away from them.

Offsetting declines in waste paper are ever increasing volumes of some other waste types, especially plastic waste whose volume has increased nearly 30% in that time period but which weighs much less than paper. These changing material ratios, what the industry calls an “evolving ton”, have led to higher processing costs for recyclers, as they have to process larger volumes of waste through their facilities to yield each one-ton bale of raw material.

Nonetheless, landfill pricing remains strong, but varies among regions. The biggest gains are in the Southeast at 8.9% year over year and the Midwest at 6.8% year over year price increases. This trend evidences the Southeast and Midwest as the preeminent destinations for waste exported from the Northeast. Consequently, landfill pricing in the Northeast grew only 2% since last year as it landfills less of its own waste.